Unfortunately, for science history, a google search of the Big Bang Theory yields five pages about the television series by that name before a single reference to the scientific theory. Most people interested in cosmology, however, are familiar with the term and theory of the “Big Bang.”

What is the Big Bang Theory?

The term "Big Bang" was coined by Fred Hoyle in 1949 in a famous BBC science broadcast. It refers to what has become the current Standard Model: that all matter and energy in the universe originated in an initial explosive event. 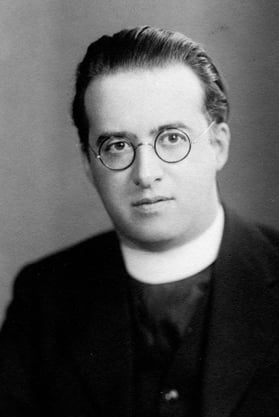 Up until the discovery of Cosmic Microwave Background Radiation (CMBR) in 1965, many astronomers still held to the Steady State model. (See more on CMBR below.)

The Background Story of the Big Bang Theory

In 1929, a well-known American astronomer, Edwin Hubble, published a paper documenting the “redshift” of galaxies (the redshift meant that galaxies are moving away from us). For many years after, Hubble received credit for the idea that the universe is expanding. 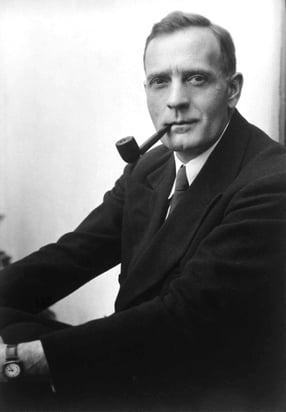 This is perhaps understandable for two reasons. First, Lemaitre’s paper of 1927 received little attention until 1931. That year, Lemaitre’s professor at Cambridge, Sir Arthur Eddington, recognizing the valuable contribution of his pupil, encouraged the Royal Astronomical Society to publish a translation of Lemaitre’s 1927 paper.

Secondly, because more accurate data had been used in Hubble’s 1929 paper, Lemaitre removed his original, less accurate calculations in the translation he provided. Many scientists were therefore unaware that Lemaitre had calculated the radial velocity of galaxies indicating an expanding universe before Hubble.

Eighty-seven years later (in 2018), the International Astronomical Union renamed the Hubble Law in recognition of Lemaitre’s contribution. It is now officially known as the Hubble-Lemaitre Law.

Although the Big Bang theory is considered the standard model among physicists and cosmologists today, it is still useful to examine the evidence that supports the theory.

By studying the spectra of forty-six galaxies, and the Doppler velocities of those galaxies relative to our own Milky Way galaxy, Hubble concluded that they were moving away from us. This famous “red shift” also provided evidence that the farther away galaxies are, the faster they move away from each other. Based on this observation, it became evident that the universe was expanding uniformly.

Assuming that the universe expanded much like a balloon being blown up, the high velocities of galaxies could be explained with almost perfect mathematical accuracy. This is exactly what Lemaitre concluded in his paper. If space was stretching (growing) like the elastic of a balloon being blown up, then the further a galaxy is from us (the observer), the greater its recessional velocity must be. Why? The short videos below illustrate the concept of an expanding universe. 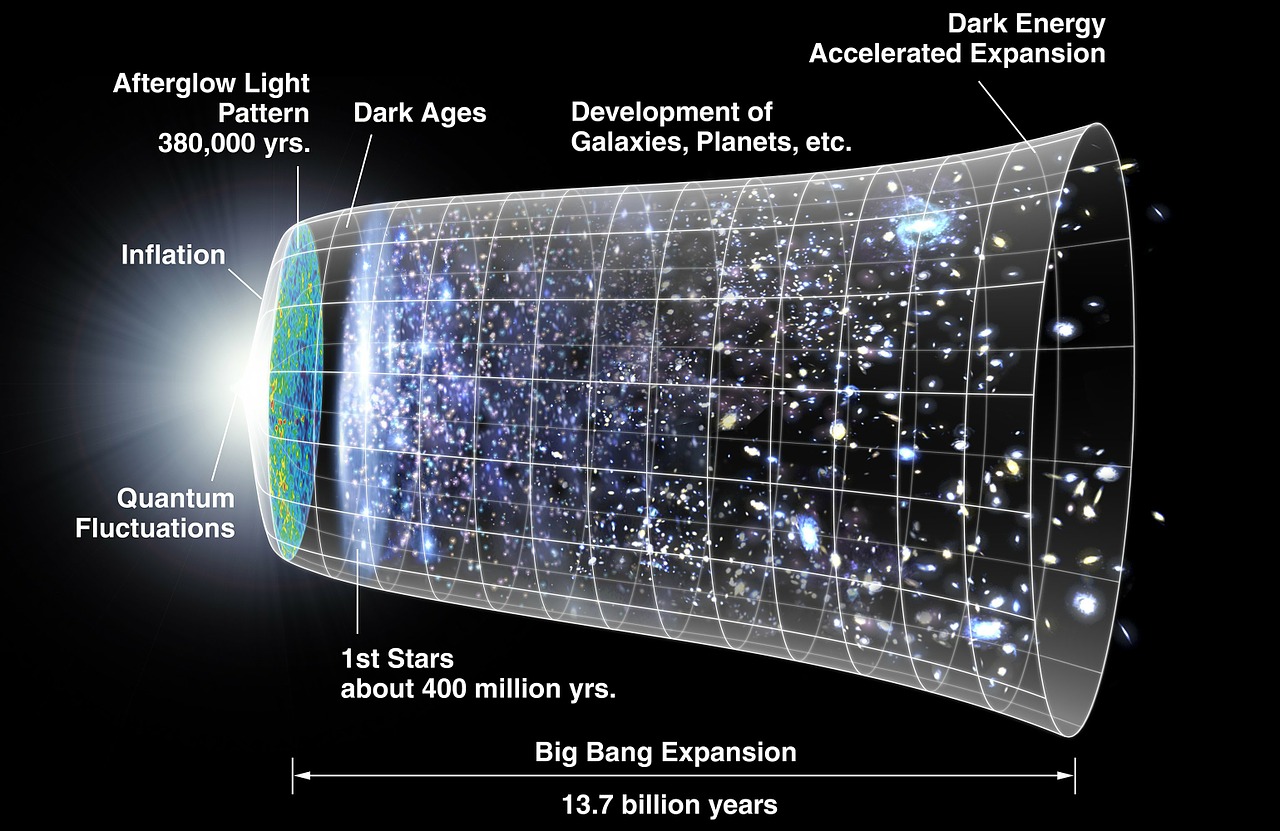 If the universe did begin with an incredibly powerful explosion, the heat from this explosion should be detectable as radiation, a “very faint remnant of the original fireball,” so to speak. That remnant is known as Cosmic Microwave Background Radiation.

According to a NASA summary, the existence of CMB radiation was first predicted in 1948. In the 1960s, researchers Robert Dicke at Princeton and Dave Wilkinson of the Wilkinson Microwave and Isotropy Probe (WMAP) science team were devising an experiment to detect the CMB.

Around the same time, in 1965, Arno Penzias and Robert Wilson at the Bell Telephone Laboratories in Murray Hill, New Jersey, were trying to build a radio receiver. They kept encountering excess noise which seemed to be coming from every direction.

When the researchers at Princeton heard about the Bell Labs result, they immediately realized that the CMB had been found. Two papers were published in the Astrophysical Journal (vol. 142) of 1965: one by Penzias and Wilson detailing the observations, and one by Dicke, Peebles, Roll, and Wilkinson giving the cosmological interpretation.

Practically on his deathbed, Fr. Lemaitre was grateful to be informed of its discovery—a confirmation of his Big Bang theory.

Penzias and Wilson shared the 1978 Nobel prize in physics for their discovery. The NASA summary includes this remark:

“This uniformity is one compelling reason to interpret the radiation as remnant heat from the Big Bang; it would be very difficult to imagine a local source of radiation that was this uniform. In fact, many scientists have tried to devise alternative explanations for the source of this radiation, but none have succeeded.”

The Big Bang was subsequently confirmed by data from the cosmic background explorer satellites (COBE) #1 and #2, the Wilkinson Microwave and Isotropy Probe (WMAP), and most recently by the Planck satellite (and here). The new data is additional proof of Fr. Lemaitre’s general concept of the Big Bang. It encompasses other concepts such as quantum gravity, inflationary theory, dark matter, and dark energy. 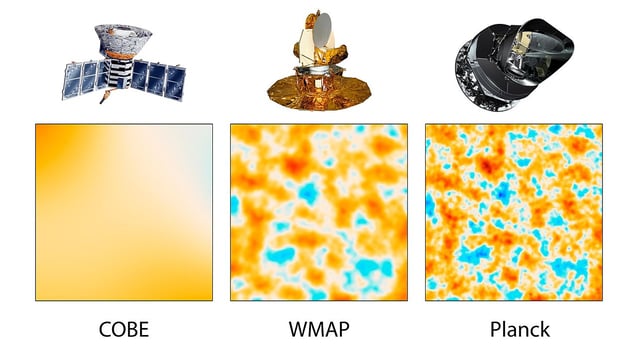 Evidence for the Big Bang: Even Distribution of Matter

In spite of this strong line of evidence, other theories have been proposed in order to depose the idea that there was a beginning to our universe. However, even many of these alternatives to the Big Bang would require the universe to have a beginning.

This is important, because if science indicates that the universe had a beginning, then that is powerful evidence for a supernatural, transphysical being that created the universe (i.e. God).

Scientific Evidence for God (Insights and Explanations): From a scientist’s point of view, what evidence might there be to support belief in God? Here we summarize the best scientific evidence for God.

Alternatives to the Big Bang: There are 4 major alternative explanations for the formation of our universe: the multiverse, the cyclical universe, the eternally static universe, and string theory.

Georges Lemaitre, 'Father of the Big Bang': There is a great deal of misunderstanding of the Big Bang theory. Many don't know about Fr. George Lemaitre and the state of cosmology at the time.

New information about the evolution of species has emerged from the study of a “genetic barcode” in DNA.
Start Reading
Lindsay Rudegeair August 15, 2018 1 min read

Two-Part Podcast Interview with Fr. Spitzer on the Man-Up Show

Covering everything from the decline of faith among teens to the Shroud of Turin, this two-part podcast interview with Fr. ...
Start Reading
Dr. Robert Kurland, Ph.D. March 2, 2018 6 min read

“It has been recognized that hydrogen bonds restrain protein molecules to their native configurations, and I believe that as ...
Start Reading