Are there any alternative explanations for the formation of our universe? Scientists continue to propose such theories.

Quantum gravity and inflation theory allow for the formation of four major speculative theories which might expand our view of physical reality far beyond our observable universe. These four are the multiverse theory, cyclical universe theory, an eternally static universe, and string theory.

The Multiverse Theory as an Alternative to the Big Bang Theory

The multiverse hypothesis, using inflation theory, allows for the possibility of a giant inflating universe that can produce a multiplicity of bubble universes indefinitely into the future. One such bubble universe would be our own. Max Tegmark, a cosmologist from MIT, proposed 4 kinds of multiverses but labeled them “Levels.” The levels—as described in this article—are as follows:

Additionally, many assumptions are made when positing the existence of multiverses, but all presume the existence of “something” (even if it is just the laws of quantum gravity or a false vacuum). Davies shares his critique in this interview and concludes:

“Having all possible universes is not an explanation, because by invoking everything, you explain nothing.” —Paul Davies [emphasis added]

The bouncing universe hypothesis takes the general form of a cyclic universe which expands, and then contracts in a “big crunch,” and then bounces and re-expands repeatedly. 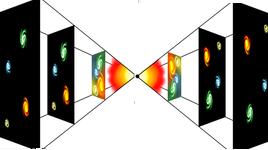 The expansion from the Big Bang until today is theorized to be one such cycle—the last one amidst many others. Recently, Roger Penrose suggested that data from the Cosmic Background Radiation supports his theory,” conformal cosmic cycling” or CCC, but colleagues are skeptical of his interpretation of the data.

Quantum gravity allows for an eternally static universe: the possibility of a pre-Big Bang era in which the universe was perfectly stable for an extended period of time prior to the Big Bang. “Something,” however, still had to get the Bang going.

String theory (particularly M Theory) posits the existence of tiny vibrating “strings” which allow for the possibility of universes to exist in higher dimensional space (consisting of say, eleven dimensions), permitting unusual complex expanding and bouncing universes. In a relatively new model, it is theorized that only 3 of the dimensions began to grow at the beginning of our universe.

Can We 'Look Beyond' Our Observable Universe? 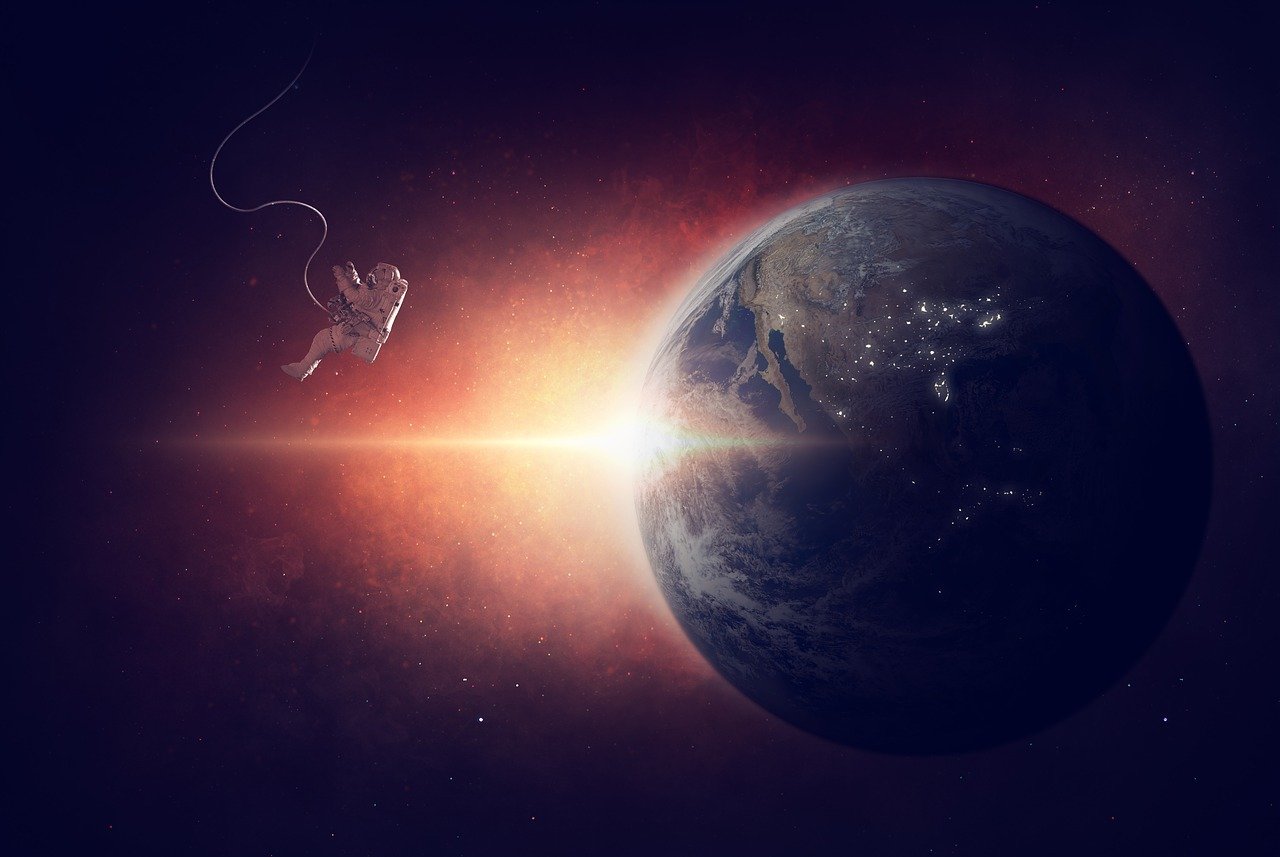 All of these hypotheses either extend physical reality beyond our observable universe and/or imply that physical reality existed prior to our 13.8 billion-year-old history (since the Big Bang). As noted above, they are all completely hypothetical and lie beyond our current capacity to observe and verify. In a 2014 article in the journal, Nature, applied mathematics professor, George Ellis argued against the validity of these hypotheses:

“These unprovable hypotheses are quite different from those that relate directly to the real world and that are testable through observations—such as the standard model of particle physics and the existence of dark matter and dark energy. As we see it, theoretical physics risks becoming a no-man's-land between mathematics, physics and philosophy that does not truly meet the requirements of any.” —George Ellis [emphasis added]

Ellis’s main point is that abandoning the “verifiable” aspect of a scientific theory is to destroy the scientific method—and the loss of humanity’s confidence in science to offer any verifiable facts about the strange universe we inhabit. There are other theoretical physicists who agree.

In an article for Space.com, Robert Kuhn, creator, writer, and host of Closer to Truth, provides a comprehensive survey of the current multiverse hypotheses. Kuhn begins the article with the following observation:

“If we define ‘universe’ as ‘all there is’ or ‘all that exists,’ then obviously, by definition, there can be only one universe. But if we define ‘universe’ as ‘all we can ever see’ (no matter how large our telescopes) or ‘space-time regions that expand together,’ then many universes may indeed exist. There is nothing in science more awesome, more majestic. To discern the nature of ultimate reality, one must begin with the challenge of multiple universes.” —Robert Kuhn

At Magis Center we take this challenge seriously, but, like Paul Davies, recognize that invoking something “outside” this universe is equivalent to invoking the existence of a creator outside of time and space.

In any case, every one of the alternate hypotheses requires a beginning in the finite past. There is a theory that supports the necessity of a beginning. It is the B-V-G or the Borde-Vilenkin-Guth thereom. Here is an overview of the theorem by Father Spitzer and here is a more in-depth look by Alexander Vilenkin (the “V” in the B-V-G theorem) at why a beginning is a necessity.

Furthermore, all of these alternative hypotheses require fine-tuning just like the fine-tuning of the initial physical constants at the Big Bang, as Father Spitzer explains beginning on page 24 of this article.

Where Do These Alternatives to the Big Bang Theory Fall Short?

To summarize, God is not constrained to our observable universe. His creative capacity is beyond what we can imagine, but it’s important to recognize that any alternative hypothesis from the standard Big Bang model is highly speculative and may not ever be provable. The key point here is that none of the aforementioned models do away with the need for a supernatural creator. At most, they push that necessity back one step (to the creation of the multiverse that created our universe for example).

To learn more on the Big Bang and the beginning of the universe, see our article, "Evidence for a Beginning of the Universe" or download a free chapter from Fr. Spitzer's book, The Soul's Upward Yearning. This chapter will answer questions such as "Did the universe actually have a beginning?" and "How might a beginning to the universe indicate a transphysical creator?" Access below.

St. Albert the Great's contributions to natural science and philosophy reveal the depth of his understanding of the fundamental parts of the human person.
Start Reading
Maggie Ciskanik, M.S., MSc.

Here we look at the Lemaitre/Hubble expansion, Cosmic Microwave Background Radiation, and even distribution of matter as evidence for the Big Bang.
Start Reading