What is a Near Death Experience?

We've all heard of, or even experienced, instances of extreme danger or rapidly declining health: a four car pile-up on the freeway, a fever that stuck around longer than it should have, an accidental misstep at the worst possible moment. These brushes with death were likely described as near death experiences, but, from the scientific point of view, they probably weren't. Scientists use specific parameters to determine what incidents they study as NDEs, and veridical data to determine the veracity of these accounts.

A near death experience occurs when a patient undergoes clinical death. This means they have a flat EEG (electroencephalogram) indicating an absence of electrical activity in the cerebral cortex (generating higher cerebral functioning), the absence of gag reflex, as well as fixed and dilated pupils, indicating a significant reduction of lower brain functioning. 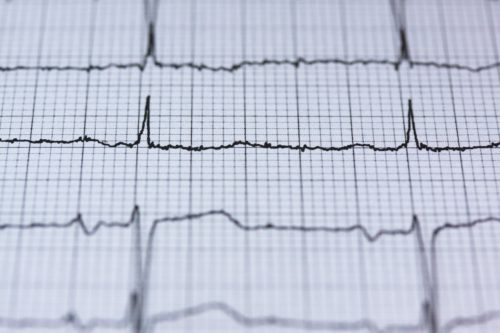 In this state, sensory organs are non-functional, both in themselves, and in the brain’s capacity to process their signals. Furthermore, higher cerebral functions such as thinking, processing memories, and linguistic functions would either be completely absent or reduced to insignificance. Lower brain activity is also minimized, though there may be some sporadic and minimal “sputtering” of pockets of deep cortical neurons in those areas.

Dr. Eben Alexander, a neurosurgeon and professor at the University of Virginia Medical School, who underwent a severe coma from encephalitis (and was monitored throughout his comatose state), described it as follows:

My synapses—the spaces between the neurons of the brain that support the electrochemical activity that makes the brain function — were not simply compromised during my experience. They were stopped.

Only isolated pockets of deep cortical neurons were still sputtering, but no broad networks capable of generating anything like what we call ‘consciousness’. The E. coli bacteria that flooded my brain during my illness made sure of that.

My doctors have told me that according to all the brain tests they were doing, there was no way that any of the functions including vision, hearing, emotion, memory, language, or logic could possibly have been intact.

Transphysical Component of Near Death Experience

In 1982, a Gallup survey indicated that approximately 8 million adults in the United States had had a near death experience (NDE). Those surveyed reported the following eleven characteristics:

A body in a state of clinical death is unable to have these experiences, which means that there must be some transphysical aspect to the person to account for these occurrences. By tranphysical, we mean some incorporeal part of us that can exist independently of the body. This is supported by the evidence that a person can be capable of seeing and hearing without the biological organs associated with those functions. 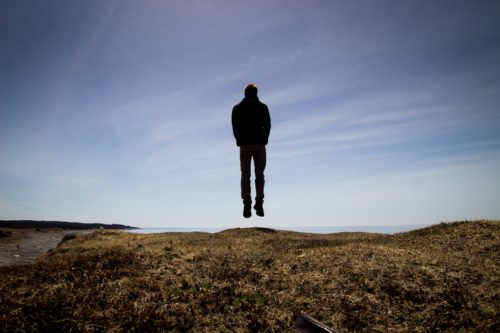 This transphysical component retains all its memories, and appears to have acute recall and memory functions (without use of the brain). It is aware of itself and its identity and its distinction fromothers – but it is more than self-consciousness.

Subjects of scientific studies have claimed that this transphysical component is not limited by physical laws (such as gravity), or the restrictions imposed by physical mass (such as walls or roofs).It can be called into a spiritual or heavenly domain in which it can encounter spiritual beings like itself (in human form) as well as wholly transcendent beings greater than itself (such as a loving white light). It can also communicate with these beings without the use of voice and sounds.

As noted above, this transphysical component is self-conscious, and can see, hear, and remember. Its memories can be recalled after patients return to their bodies. This allows patients to be able to give evidence of their near death experience because they can share details of what happened around them when they had no physical awareness.

When these accounts have been verified to be 100% accurate, they are termed “veridical.” Virtually every peer-reviewed study reports multiple instances of such veridical data.

[veridical reports concern] only descriptions of extremely low antecedent probability that have been cited, such as one woman’s accurate description of the plaid shoelaces on a nurse participating in her resuscitation (Ring and Lawrence, 1993), or one man’s accurate description of his cardiac surgeon during his open-heart surgery ‘‘flapping his arms as if trying to fly’’ (Cook, Greyson, and Stevenson, 1998, p. 399), hardly the type of behavior typically shown in media portrayals of open-heart surgery.

Both of these examples, incidentally, were corroborated by independent interviews with the doctors and nurses involved. In a specific test of ability of patients to imagine accurate resuscitation scenarios, Michael Sabom (1981, 1982) found NDErs’ descriptions of their resuscitations to be highly accurate with specific veridical details, whereas those of resuscitated patients who did not report NDEs but were asked to imagine what their resuscitations must have looked like were vague and contained erroneous specifics.

These are but a few examples of veridical data reported by patients in virtually every major study of near death experiences. They corroborate the validity of patients’ claims to have been in an out-of-body state (with sensorial capabilities).

The accuracy of veridical data from multiple studies was correlated by Dr. Janice Holden using the strictest criteria. She determined that the vast majority of veridical data was reported perfectly accurately – with only 8% having some inaccuracy.

For more on NDEs, check out this thorough guide.

I cite the evidence of near-death experiences with caution, because there are many books written on this subject that are not ...
Start Reading
Fr. Robert Spitzer, S.J., Ph.D. June 26, 2017 1 min read

There is a story that the emperor Napoleon once asked the scientist Laplace why Laplace’s new book did not mention God.
Start Reading