The Intuition of the Sacred — Mircea Eliade

Mircea Eliade (1907-1986) was a Romanian philosopher and historian of religion at the University of Chicago who elaborated one of the most comprehensive transcultural and trans-historical theories of the origin of religion.

Born in Romania and educated at the University of Bucharest, he became familiar with the work of Rudolf Otto on the numinous experience which influenced his thought on the philosophy of religion. In a previous post, we discussed the unity and opposition of both poles in our numinous experience. 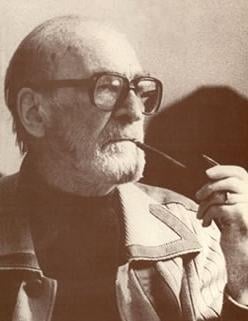 He was the author of hundreds of articles, the general editor of the sixteen-volume Encyclopedia of Religion, and wrote dozens of books including The Sacred and the Profane: The Nature of Religion,  and Patterns in Comparative Religion, all of which proved to be highly influential in the contemporary study of comparative religion.

After making an incredibly comprehensive cross-cultural study of the history of religions, Eliade concluded that religion originates from an irreducible experience of the sacred (common to most human beings) which seeks to find its outward cultural expression in myths and rituals.

These myths and rituals become the communal gateways to connecting with the Transcendent Reality.

The reader may recognize the hand of Rudolf Otto in Eliade’s use of “the irreducible experience of the sacred,” but it should not be thought that Eliade blanketly based his research on Otto’s studies.

Instead, he found Otto’s conclusions to be probative and conducive to explaining his own research into the cross-cultural expression of religion.

Putting it the other way around, Mircea Eliade’s research into myths, symbols, rituals, and the sacred led him to conclude that Otto was correct about the numinous experience because it could explain several cross-cultural common elements in religious expression. 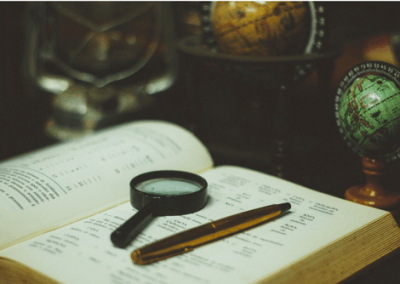 It could also explain the drive of individuals  (across cultures) to seek out and experience sacred myths, rituals, symbols, and communities.

This last point enables Eliade’s research to expand and corroborate Otto’s findings (which are based on the data of individual interior experience of the holy) by adding the component of outward community expression of the sacred.

Mircea Eliade worked in the reverse direction of Otto.

In our next post, we’ll cover some of the common elements in cross-cultural religious expressions and how they tie into the numen experience.

Why Catholics Should Learn about Science

“‘It looks full of hard words and signs and numbers, not very entertaining or understandable looking, and I wonder whether it ...
Start Reading
Magis Center March 9, 2021 10 min read

Mircea Eliade (1907-1986) was a philosopher and historian of religion at the University of Chicago who elaborated one of the ...
Start Reading
Maggie Ciskanik, M.S. March 26, 2020 6 min read

Einstein, Science, and Religion: Was the Great Scientist Religious?

Why do people care what Einstein thought and believed about religion and about God?
Start Reading