No one has influenced the study of the interior awareness of transcendence more than the great scholar of comparative religion, Rudolf Otto, in his classic work, The Idea of the Holy.

Though Otto borrowed from the American psychologist William James (The Varieties of Religious Experience) and the liberal German theologian Friedrich Schleiermacher, he nuances and goes beyond them in many significant respects. His seminal work influenced the great historian of religion, Mircea Eliade, and most major protestant theologians of the 20th century (including Karl Barth, Paul Tillich, and C.S. Lewis), as well as Catholic philosophers and theologians, e.g. Max Scheler and Karl Rahner. 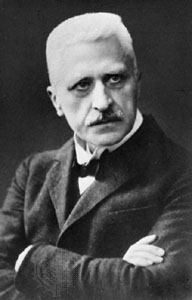 The Two Poles of the Numinous Experience

After a comprehensive study of historical and contemporary religion, Otto concludes that most human beings have an irreducibly, non-rational experience of the numinous (the interior presence of the transcendent or divine). The “numen” (that which is experienced as transcendent) presents itself fundamentally as “wholly other,” having two distinct poles of “feeling-content”:

Otto nuances the elements of these two poles in considerable detail, careful to show their non-rational (i.e. pre-rational, pre-reflective, pre-thematic) feeling-content which is intrinsic to the numen present to us.

Before discussing these nuances, it must be emphasized that these different (virtually opposing) poles of feeling-content are not synthesized in our consciousness, but rather in the “wholly other” numen present to us. The “wholly other” numen is immediately present to us, and the two poles of feeling are synthesized in it (not in us). Otto asserts strongly that the presence of the numen to individuals is the foundation of religion throughout history and the world:

“There is no religion in which [the numen present to individuals] does not live as the real innermost core, and without it no religion would be worthy of the name.” —Rudolph Otto

It now remains to give a nuanced description of each of the poles.

The elements of dread, awe, dauntingness, and creatureliness are the most evident dimensions of the numen in the early stages of the development of individual and cultural religious consciousness.

There are two special characteristics of this first pole of experience: overwhelming power and spiritual presence. Notice that these two characteristics are categories of thought, and Otto insists that such categories are not primary to the experiencing subject, but rather are derived from more primary feeling-contents. So what are the feeling-contents that give rise to these categories of overwhelming power and spiritual presence?

Fear and Awe in Mysterium Tremendum

For Otto, the first response we have when the numen becomes present to our consciousness is fear—but not the fear we might have toward a natural object. Rather it is the fear we have toward spiritual presence, such as ghosts. The fear of natural objects (that can threaten survival or safety) tends to produce a hyperactive state (induced by adrenaline) raising blood pressure, inciting panic, and/or making us feel warm and causing the face to flush. The fear we feel when confronted by a ghost or spirit (or hearing a ghost story) is quite different—it makes us feel cold, causes our blood pressure to drop, the blood to drain from our face, and our flesh to creep or crawl. 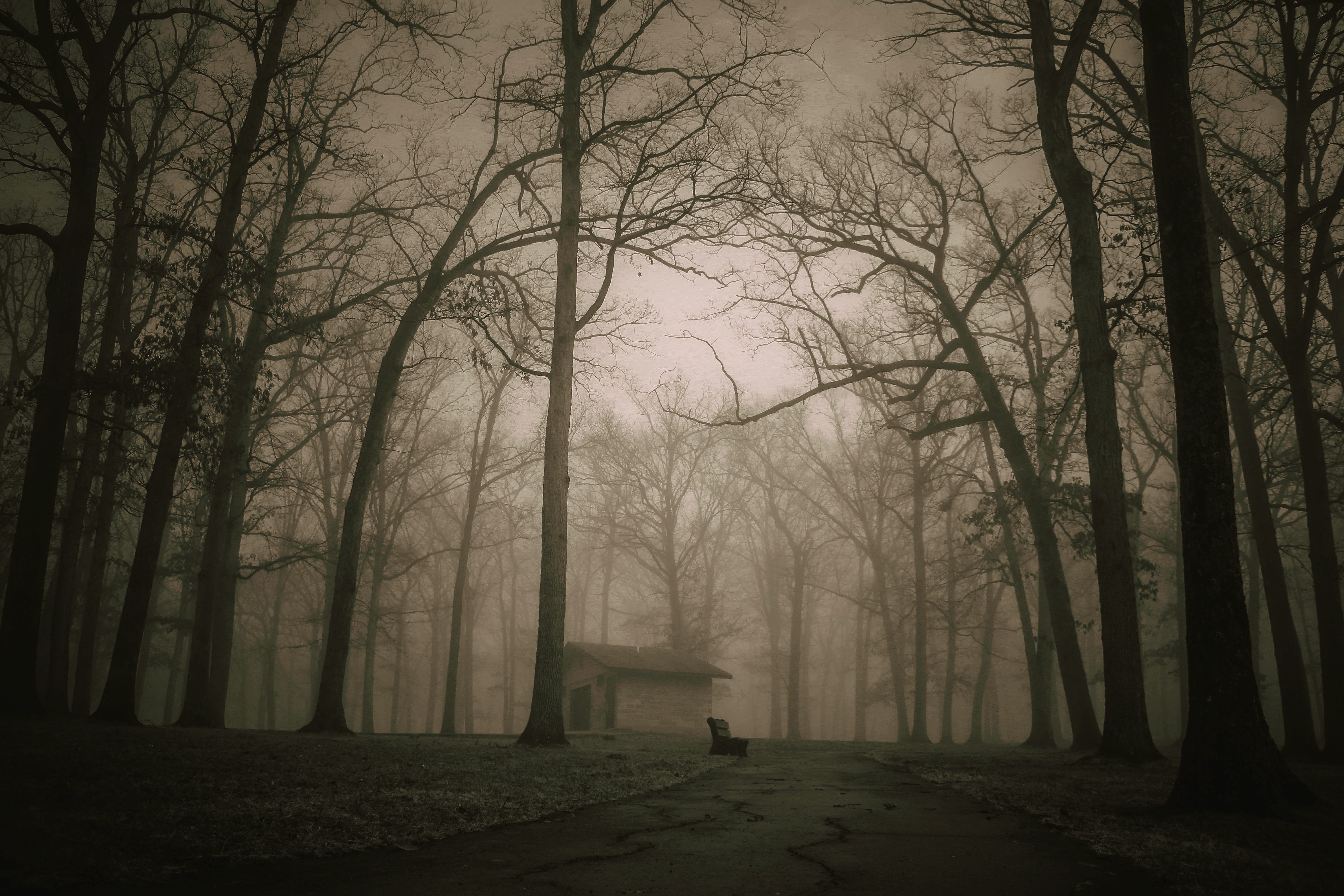 Though the numen does not present itself as evil, it does present itself as “beyond us” and capable of overpowering us. We sense its’ overwhelming or superior power even if it is manifest in a “gentle tide, pervading the mind with a tranquil mood of deepest worship.”

William James recounts a case study in which the superior power of the numen manifested itself gently and sublimely:

“The perfect stillness of the night was thrilled by a more solemn silence. The darkness held a presence that was all the more felt because it was not seen. I could not any more have doubted that He was there than that I was. Indeed, I felt myself to be, if possible, the less real of the two.” —William James

This higher power carries with it a profound sense of mystery and incomprehensibility. Otto describes our experience of this incomprehensible mystery as “stupor” which he distinguishes from “tremor:”

“Stupor is plainly a different thing from tremor; it signifies blank wonder, an astonishment that strikes us dumb, amazement absolute.”

We are tacitly aware that we cannot comprehend this higher power, and so we view it as “wholly other.” In its overwhelming presence, we sense our creatureliness—what Otto and Schleiermacher term “creature consciousness.”

There is one additional element in the feeling-content of the first pole—Otto describes it as “energy or urgency” which betokens passion or will within the numen. The felt presence of the numen not only indicates spiritual presence, overwhelming power, and incomprehensible mystery, but also something personal and passionate in its energy.

Mysterium tremendum is our initial or primary response to the numen. Some people, religions, and cultures do not move beyond this initial encounter with the numen (“the first pole”), but most major religions do move beyond it to the second, more positive pole of feeling-contents.

In mysterium fascinans we find the numen attractive, alluring, charming, fascinating, and enchanting. Otto phrases it as follows:

“The mystery is for [the person experiencing the numen] not merely something to be wondered at but something that entrances him; and beside that in it which bewilders and confounds, he feels a something that captivates and transports him with a strange ravishment, rising often enough to the pitch of dizzy intoxication...” —Rudolph Otto

So what is so fascinating, alluring, enchanting, and even intoxicating in the numen? It resembles what is fascinating and enchanting in the natural world: love, goodness, beauty, home, and the joy that arises out of them. These qualities are attributed to God in all major religions, and they are attributed to the experience of God in all major mystical traditions. When they are experienced in the numen, they have a purer and more integrated reality than when they are experienced in the natural world.

In heightened experiences of the numen (such as mystical experiences), the characteristics of the second pole, mysterium fascinans, have an absolute or perfect quality which elicits ecstatic joy.

The Heightened or Mystical Dimension of the Numinous Experience

Both James and Otto pay close attention to the heightened or mystical dimension of the numinous experience. James describes several cases in which ordinary people (not monks or sisters in a monastery) experienced the numen in a heightened state. One can see in James’ case studies, the contrary elements of both calm and transport—a sense of peace and propulsion.

Otto notes that this peace-propulsion can be induced by the presence of the numen through many “gateways.” It can come from reading a passage of scripture, reflecting on a supreme truth (e.g. perfect goodness or perfect love), taking a walk in a natural setting, hearing a bird’s song, looking at religious art or architecture, hearing a religious hymn or glorious symphony, or simply sitting at one’s dinner table or desk.

“....in all these forms, outwardly diverse but inwardly akin, it appears as a strange and mighty propulsion towards an ideal good known only to religion and in its nature fundamentally non-rational, which the mind knows of in yearning and presentiment, recognizing it for what it is behind the obscure and inadequate symbols which are its only expression. And this shows that above and beyond our rational being lies hidden the ultimate and highest part of our nature, which can find no satisfaction in the mere allaying of the needs of our sensuous, psychical, or intellectual impulses and cravings. The mystics called it the basis or ground of the soul.” —Rudolph Otto

In this remarkable passage, Otto describes three key characteristics constituting a heightened experience of the numen:

The two poles of the numinous experience might be compared to the double-helix characterizing DNA—they are not really separated in the numen, but rather fully integrated, complementing each other, presenting a good and even loving Deity. As Heiler indicates in his seven common characteristics of major religions, the supreme transcendent reality for all major religions is loving, and the Deity reveals this love within human beings.

When we combine the studies of Otto and Heiler, it is difficult to imagine that the numen is not in some sense personal. Even if we concentrate on the mysterious, incomprehensible, and wholly Other characteristics (of the first pole) associated with some eastern religions, we still sense that the numen is making itself felt – inviting us more deeply into itself—and is not simply a passive depersonalized reality (like a metaphysical substrate) into which we are merely and ultimately assimilated.

When the second pole (which includes a sense of goodness, love, comfort, peace, and joy) is considered along with the characteristics of the first pole, the personal element of the “wholly Other” becomes more clear, because the characteristics of the second pole are oriented toward relationship—and specifically, fulfillment and joy in relationship.

Also embedded in our experience of the numen is an awareness that our propulsion toward it (being swept into it) is not caused by ourselves, but induced by the divine “wholly other” present to us.

As we are swept into it, we become aware at once of its supremeness and goodness (including elements of both the first and second poles), and when this happens we are transformed. We no longer think that we are merely physical or material, but that we are transcendent, having a soul which can only be satisfied by supreme goodness itself.

Note: This article is an adaptation of Chapters 3 of “Evidence of a Transcendent Soul” by Fr, Robert J. Spitzer, S.J. P.h.D. Find the full article here.

The 12 Capacities of Man's Trans-Physical Soul

Einstein, Science, and Religion: Was the Great Scientist Religious?

Why do people care what Einstein thought and believed about religion and about God?
Start Reading