A Caution on Near Death Experiences

Near death experiences (NDEs) have captured our attention for generations. From movies to television to books, countless stories of flashbacks and white lights have left us entertained and thoughtful.

As Christians, we want to believe in accounts of NDEs because, well, they’re convenient. First–hand proof of an afterlife, a soul, and a loving God—main pillars of our religion—are too good to pass up.

These stories elicit an emotional response in us and can invigorate our life with renewed spiritual fervor. We find them comforting and validating—but are near death experiences real? 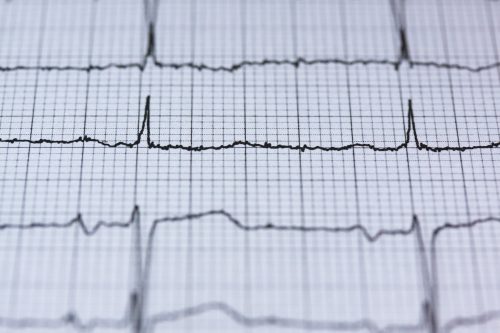 A true NDE occurs when a person is clinically dead, meaning that they have a flat EEG (electrical activity in the brain), fixed and dilated pupils, suspended use of sensory organs, and little to no use of higher brain functions like thinking and memory.

A true NDE can be somewhat authenticated by confirming details from conversations with deceased relations that patients never met, or corroborating events that the patient “witnessed”.

A true NDE will have similarities with other NDE accounts. Even if all these criteria are met, authenticated accounts should still be viewed through a specific lens.

At the very beginning of his work on NDE’s Fr. Spitzer has a disclaimer:

“I cite the evidence of near-death experiences with caution, because there are many books written on this subject that are not scientific or based on any clinical, cross-cultural, long term study, but rather on a few anecdotes taken to the extreme. Some of these nonscientific books have rather manipulative agendas, and some are quite cultic in character.”

As Fr. Spitzer indicates, we don’t have to toss out all NDEs as unreliable; we can look at the research of scientists who have studied such accounts for years.

In 1982, a Gallup survey indicated that approximately 8 million adults in the United States had had a near-death experience (a significantly large population from which to take accurate samples).

These findings have been published and peer-reviewed in the following studies:

When we hear individual accounts of NDEs, we can of course believe that the person sharing the story is telling the truth, but, much like other personal spiritual encounters, we should take them as subjective experiences.

Though there is still much research to be done on human consciousness, we can still turn to these studies for objective evidence.

For more information on NDE studies and research, read our in depth near death experience guide.

The Catholic Church on Evolution

The Catholic Church often gets a reputation as anti-science — especially when it comes to evolution. Is it possible for ...
Start Reading
Lindsay Rudegeair August 15, 2018 1 min read

Two-Part Podcast Interview with Fr. Spitzer on the Man-Up Show

Covering everything from the decline of faith among teens to the Shroud of Turin, this two-part podcast interview with Fr. ...
Start Reading
Magis Center July 1, 2017 8 min read

Reconciling Contemporary Science and the Doctrine of Original Sin

Much has been made about a conflict between the perspective of the natural sciences and the Church’s teaching on original ...
Start Reading