With only 30 seconds of fuel left, Mission Control Houston hears with relief, “Houston, Tranquillity Base here. The Eagle has landed!” (For the CBS live footage, listen and view the event starting at minute 14.)

By 10:56 pm, Neil Armstrong became the first man to set foot on the moon:

“One small step for man, one giant leap for mankind.”

It was a moment not to be forgotten. Many eyewitnesses to the televised event will tell you how it changed their world and the course of their lives.

One such witness, an Irish preteen, Deirdre Kelleghan, now an astronomer, artist, and educator, at the age of 11 bought the National Geographic magazine with a map insert of the moon highlighting the proposed landing site. She reminisces about its influence and reflects on its significance in a series of posts:

"My immersion in astronomy and space is linked to being a witness of the Apollo 11 Moon landing. Many of my drawing workshops, drawings and paintings stem directly from that moment. The National Geographic moon map hangs in my study to this day and is an inspiration." 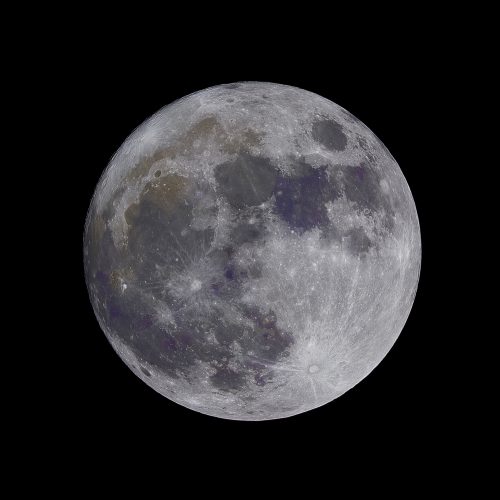 World leaders were invited to share good will messages with the astronauts. Pope Paul VI, after viewing the moon through the telescope at the Vatican Observatory, conveyed the following message:

"Honour, greetings and blessings to you, conquerors of the moon, pale lamp of our nights and our dreams! Today, we celebrate a sublime victory.”

Later that year, he met with Neil Armstrong, Buzz Aldrin, and Michael Collins and told them:

"Man has a natural urge to explore the unknown, to know the unknown; yet man has also a fear of the unknown…

Your bravery has transcended this fear and through your intrepid adventure man has taken another step toward knowing more of the universe."

Pope Paul reminded them that the dedication, energy, and talents of all those involved in the success of their mission “pay tribute to the capacity of modern man to reach beyond himself, to reach beyond human nature, to attain the perfection of achievement made possible by his God-given talent”.

The Vatican and Astronomy

That the Pope and the Vatican are supportive of the study of the heavens may come as a surprise to those who know of the broadly misinterpreted Galileo affair.

According to science historian  J. L. Heilbron of the University of California:

"The Roman Catholic Church gave more financial aid and social support to the study of astronomy over six centuries, from the recovery of ancient learning during the late Middle Ages into the Enlightenment, than any other, and, probably, all other, institutions." 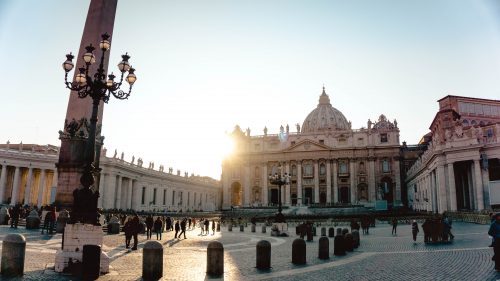 Pope Leo XIII officially refounded the Specola Vaticana (Vatican Observatory) in 1891, locating it on the hill behind St. Peter’s Basilica. The famous Jesuit, Father Angelo Secchi, the first to classify stars according to their spectra, conducted his early research under its auspices, and during its 40 year presence there, an international program was undertaken to map the entire night sky.  In the 1930’s, due to increased light pollution in Rome, it was moved to Castel Gandolfo, the Pope’s summer residence,where the construction of two new telescopes, the installation of an astrophysics lab, the establishment of multiple research programs on variable stars, and the installation of a Schmidt wide-angle telescope allowed its research to extend to other topics including new techniques for the classification of stars according to their spectra.

In 1981, the Observatory founded a second research center, the Vatican Observatory Research Group (VORG), this time in Tucson, Arizona, home to the most modern centers for observational astronomy. There, in 1993, atop Mt. Graham--the best astronomical site on the continental U.S.--they completed the construction of the first optical infrared telescope, the Vatican Advanced Technology Telescope (VATT), pioneering a new technology in its construction by creating large but lightweight, stable mirrors.

Collaboration and research continue, offering a visible sign of the dynamic relationship between faith and science.

Br. Guy Consolmagno, current head of the Vatican Observatory, made this remark at a conference of Catholic scientists, to remind us that landing on the moon took not only the work of the astronauts, the engineers, but also of everyone who fed them, educated them, encouraged them along the way, and held their breath watching that historic moment.

Let’s celebrate the memory of that victory!

"May whoever searches here night and day the far reaches of space use it joyfully with the help of  God."

- From the plaque at the Vatican Observatory in Tucson, Arizona.

[Video] Are All Christian Religions the Same?

The Magis Center is launching a new John Templeton Foundation funded campaign, “The Purposeful Universe. The campaign will be ...
Start Reading