A Universe Without Meaning: The Pale Blue Dot Part 5

What if I told you there is no real purpose or meaning in the Universe.

This is the current narrative from part of the scientific community determined to proclaim that the world is merely a deterministic cage in which we are a byproduct of meaningless processes.

Consider the latest research (outlined in this review of Why Only Us: Language and Evolution) revealing that language is an intricate series of neurochemical reactions, an “interface” between neurons sparking around specific brain regions. The origin of this interface can be traced to minute alterations in very specific genes driven by the apparent need of Neanderthal man to make meaningful contact with fellow Neanderthals which then produced Homo sapiens—the Wise ones.From these changes in DNA, the poetry and magic of all literature, artistic expression of any kind, even the semi-philosophical musings of materialist scientists debunking the significance of human language, are said to have emerged solely in the name of survival. Modern day philosophers, too, enchanted by the materialist scientisms of the day, have proclaimed unequivocally that telios (purpose) is dead, and in a recent NY Times op-ed piece, declared dogmatically that the universe doesn't care about your purpose.

It is hard to integrate this view with the view from my front porch: the golden light filtering through the trees,the cheerful chirpings and warblings of the birds as they go about their morning chores, the fresh breeze washing away the cobwebs of sleep, the sheer gratuitous beauty of it all knocking at my heart.

This is a gift. 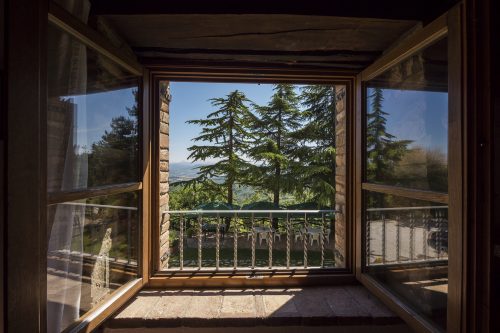 The freedom from suffering and ignorance dreamed of by the pioneers of the Scientific revolution has not been realized. The persistent and pervasive suffering confronting us daily, whether personally or in news flashes, has revealed that hope in man’s salvation through science has been in vain. Devoid of meaning and purpose, the materialist world looks sterile and uninviting.  Amid protests of “embracing reality”, materialist scientists admit to an ongoing battle against a sense of cosmic meaninglessness. Their struggle stands in stark contrast to the universal myth of a cosmic struggle between good and evil undertaken by a hero, powerfully depicted in the wildly popular Lord of the Rings books and movies, as an example.

To say so is not to dismiss science and technology! The possible pathways for the development of language mentioned above are fascinating in their intricacies, but the tragedy lies in the researcher’s apparent lack of wonder in his own discoveries, in his ability to discover them, and to communicate his findings to others!  He just seems annoyed that anyone might view the development of language as having significance or meaning.

The glory of science and human intelligence is that we do have the capacity through a multitude of scientific innovations for taking the measure-however yet incomplete- of the height and width and breadth of a vast and seemingly endless cosmos, to reduce misery and suffering in a chaotic world, to produce works of art using materials and techniques radically different from those of the past, to create poetry and tell stories that ennoble and inspire us.

But why should we care if there is no meaning or purpose? Why do we even want to Know anything let alone have the persistence to keep asking questions when one answer only leads to more questions? Why do we want to create beautiful art, poetry, tell stories in words and images, create songs and harmonies that pluck at our heartstrings?  What is it about this physical material world full of its contradictory experiences of joy and suffering that makes us want to create a better, more perfect, more beautiful, more loving world? Longings and dreams that push us beyond the boundaries of the seemingly unbounded universe? What do these longings tell us about us? 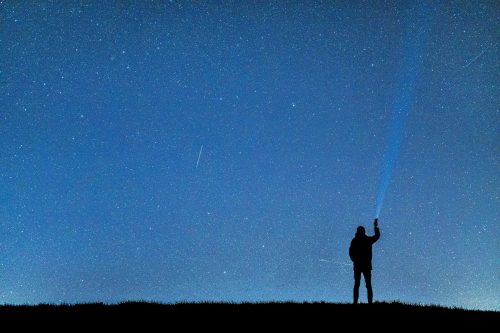 What if we are, in fact, created for a life so rich, so vast, so beautiful and overflowing with joy and abundance, that the glory of the entire cosmos, from the intricate entanglement of quanta or strings or multiple dimensions to the farthest flung groupings of galaxies, appears a small and insignificant thing in comparison—like Carl Sagan’s interpretation of the pale blue dot?  A life from which we can endure, confront, and overcome the suffering in the world with a strange and terrible joy?

What if we are called indeed “to run to the edge of the world and beyond, off into the darkness”? These opening lines from Walter Farrell’s classic summary of the Summa, My Way of Life, remind us of this call. He continues:

In that darkness beyond the world, we can begin to know the world and ourselves, though we see through the eyes of Another. We begin to understand that a man was not made to pace out his life behind the prison walls of nature, but to walk into the arms of God on a road that nature could never build.

Yes, but not to stay there. Like Strider, a character in The Lord of the Rings, we must be grateful for our ability to go to Rivendell and to carry within us the memory of the beauty and healing we have received, into a world unwittingly and unknowingly in many ways still waiting for the Kingdom of God.

How do I know this? The birds sang of it this morning.

”Have you often been to Rivendell?” Frodo said.

“I have,” said Strider. “I dwelt there once, and still I return when I may.  There my heart is, but it is not my fate to sit in peace, even in the fair house of Elrond.”

- JRR Tolkien, The Fellowship of the Ring

This is the final post in the Pale Blue Dot series. For the previous article, click here.

Skepticism and Certitude in an Age of Relativism: The Dance of Science and Truth (Part 1)

The Spiritual Meaning of Depression (Analysis and Resources)

The History of the Christian Christmas Tree

During the Christmas Season—nestled into the corner of the family room, in front of a grand bay window, or perched on a ...
Start Reading