From mapping genomes to belief in God, at least one scientist has made the connection.

The Bajau people can stay under water for as long as 13 minutes as they hunt for fish and harvest natural objects for crafts. A DNA mutation may be responsible.

These nomadic peoples wander the waterways surrounding the Philippines, Malaysia, and Indonesia and have spleens 50% larger than their mainland counterparts. A large spleen is also characteristic of seals and other water dwelling vertebrates who spend a significant amount of time under water. This startling Bajau characteristic has been attributed to a particular gene variation, as noted in this article from MSN

You might be wondering: Well that is really amazing, but why do we care? And--how did they figure that out?

The answer to the first question is hinted at in the article which suggests this finding may lead to research in hypoxia, a sudden, low oxygen condition which can cause death in emergency situations.

Ok, so there are potential life-saving benefits to understanding the body’s response to low oxygen levels.

But just how do you locate a gene responsible for a larger spleen?? The interesting back story began in 1911, with the first ever gene mapping of the tiny fruit fly Drosophilia (with only 14 genes), but by 1990 gene mapping grew into an international effort to map the entire human genome. 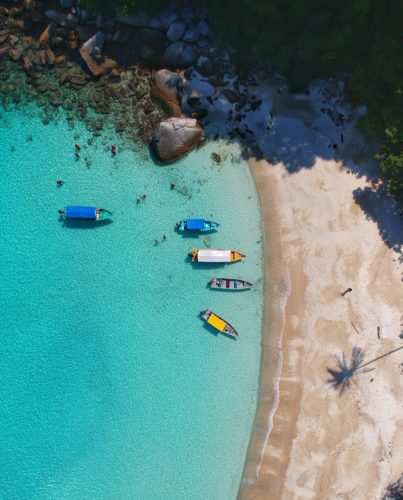 In 2003, the Human Genome Project completed its ambitious goal a full two years ahead of schedule. Identifying 20,000 to 25,000 genes among the 3.1 billion letters of what has been called our DNA instruction book, the completion of this project promised to change our understanding of disease and the practice of medicine in the years to come.

It has, and gene therapy is one outgrowth of that promise. (In case you need a refresher in genetics, you can go here and to learn more about gene therapy go here.)

This international and collaborative project was led by Dr. Francis Collins, MD, PhD. He is also the author of The Language of God: A Scientist Presents Evidence for Belief.

A former atheist, Dr. Collins describes the origin of his journey to faith at the bedside of his patients. As a committed materialist, he found “no reason to postulate the existence of any truths outside of mathematics, physics and chemistry”, until he realized he had no answers to questions posed by his patients about the meaning of life and suffering. While seeking answers that his beloved science could not provide, he became convinced that Jesus was a historical person and moreover was inspired by His “astounding” message of loving your neighbor. Since that time, he describes questions people ask about being a scientist and a believer:

So, some have asked, doesn't your brain explode? Can you both pursue an understanding of how life works using the tools of genetics and molecular biology, and worship a creator God? Aren't evolution and faith in God incompatible? Can a scientist believe in miracles like the resurrection?

His response is unequivocal: “Actually, I find no conflict here, and neither apparently do the 40 percent of working scientists who claim to be believers.”

In fact, he states, “I have found there is a wonderful harmony in the complementary truths of science and faith. The God of the Bible is also the God of the genome.”

Indeed, it should be no surprise that a competent and committed scientist “can be found in the cathedral” as well as in the laboratory!

For the complete article (which contains a link to an interview in which Dr. Collins describes his journey to faith) go here.

“The whole matter of the world must have been present at the beginning, but the story it has to tell may be written step by ...
Start Reading
Maggie Ciskanik, M.S. April 20, 2021 8 min read

The discovery of 25 million year old shark’s teeth embedded in a hunk of rock on the southern coast of Australia created a ...
Start Reading
Maggie Ciskanik, M.S. February 12, 2021 11 min read