The last week of January was a historic week for space news.

Jan. 30 marked the end of the mission assigned to NASA’s Spitzer Space telescope.

Jan. 31 marked another historic space event: the 62nd anniversary of the launch of Explorer 1, the very first satellite launched by the United States. At 80 inches long and just over 30 pounds, it completed over 58,000 orbits around the earth. Its launch in 1958 was the U.S. response to the Russian launch of Sputnik 1 in October 1957.

Additionally, two significant press releases about the sun and the launch of 60 satellites by SpaceX generated a storm of news articles.

More on all of this below; let’s look at the news from the sun and Starlink satellites first.

In this news update, we read that on Jan. 29, 2020, the National Science Foundation released a highly detailed image of the surface of the sun. This ground based picture of the sun was generated by the Daniel K. Inouye Solar Space Telescope (DKIST) in Hawaii. 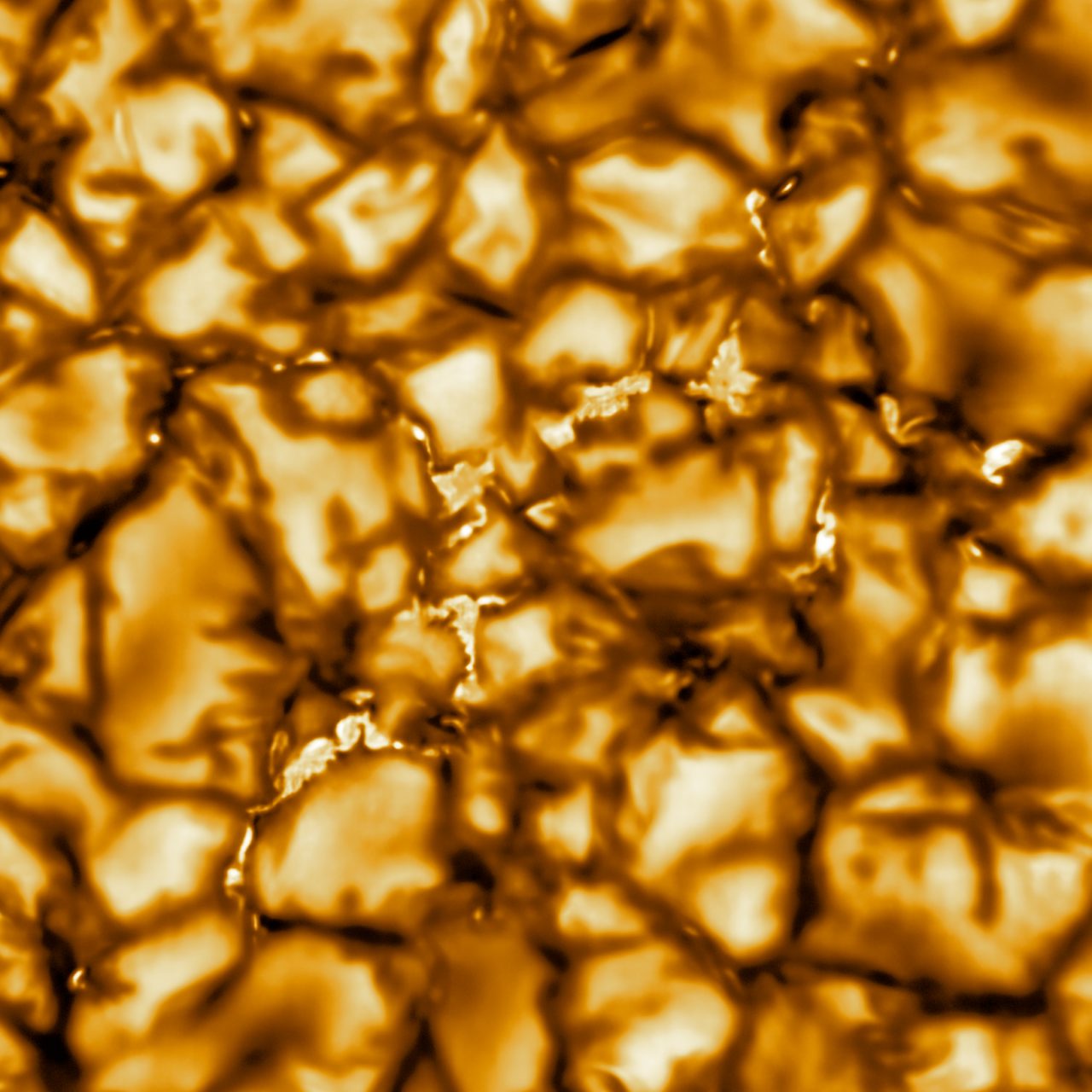 The Daniel K. Inouye Solar Telescope has produced the highest resolution image of the Sun’s surface ever taken. Credit: NSO/AURA/NSF

This solar telescope resides near the top of Haleakala, a volcano sacred to native Hawaiian culture. It is the largest solar telescope in the world with a 13-foot diameter mirror. According to the report:

“The images show a pattern of turbulent “boiling” plasma that covers the entire Sun. The cell-like structures—each about the size of Texas—are the signature of violent motions that transport heat from the inside of the Sun to its surface.”

According to the director at DKIST, Frances Cordova:

“NSF’s Inouye Solar Telescope will be able to map the magnetic fields within the Sun’s corona, where solar eruptions occur that can impact life on Earth. This telescope will improve our understanding of what drives space weather and ultimately help forecasters better predict solar storms.”

Along with data from the Solar Parker Probe, it is anticipated that this telescope “will enable a new era of solar science”.

The Solar Parker probe broke its own record on Jan. 29. The fourth flyby brought it 11.6 million miles away from the sun, which is closer to our star than any other spacecraft and 3 million miles closer than its 3 previous flybys. Each successive flyby (24 are scheduled in all) will bring the probe nearer to its mission goal of 3.83 million miles from the sun. At that distance, the probe will be closer even than the planet Mercury!

The previous record was set in 1976, when Helios 2 came within 26.55 million miles of the sun’s surface.

The launch of sixty additional satellites associated with SpaceX and its Starlink network was newsworthy, but the startling recording below of the satellites moving across the sky in the Netherlands created a storm of comments and shares on social media.

When the Spitzer Space telescope was launched in August 2003, its stated goal was to: “Provide a unique, infrared view of the universe and allow us to peer into regions of space that are hidden from optical telescopes.”

As its mission came to an end on January 30, its accomplishments were celebrated in many publications and venues. The Vatican Observatory’s post contained the following list of accomplishments:

“Spitzer has enabled groundbreaking advances in our understanding of …”

So begins the recent Vatican Observatory post mentioned above on the Spitzer space telescope.

It is hard not to steal this description of the importance of the Spitzer telescope mission and apply it to Fr. Spitzer’s mission and the mission of the Magis Center:

“To restore, reconstruct and revitalize belief in God, the transcendent dignity of every human person, the significance of virtue, the higher levels of happiness, love and freedom and belief in the real presence of Jesus Christ.” -Magis Center Mission

These are indeed lofty goals, but critical for the times in which we live. Thank you for being here with us, and thank you for your prayers and support!

An Update on the Solar Parker Probe

Black Holes, Stephen Hawking, and the Evangelical Physicist Who Proved Him Wrong

The latest on Fr. Spitzer's vision as well as more information about the treatment he is hoping to receive.
Start Reading
Magis Center October 9, 2019 < 1 min read

We are excited to announce that the Magis Center will produce and share a weekly video called “Wednesday on the World with ...
Start Reading