Newman and the Divine Origin of Conscience - Part 1 (III.B God’s Presence to Our Consciousness)

In earlier posts, we discussed other versions of the argument from conscience. John Henry Newman brought this line of thought to a new level about eighty years later. Though he borrows the general structure of “existential inference” from Kant, he shifts the emphasis from an “obligation-imposing Subject outside ourselves” to an “interpersonal, caring, fatherly authority who is the source of goodness and law.”

Unlike Kant, who moves from the good to God through two existential inferences, Newman uses five inferences (detailed below) – careful to distinguish his sense of conscience from other natural phenomena.

Unfortunately, Newman did not leave us with a formal rendition of his existential inference to God, but he did leave an unpublished manuscript with a set of organized passages from his sermons and additional notes. 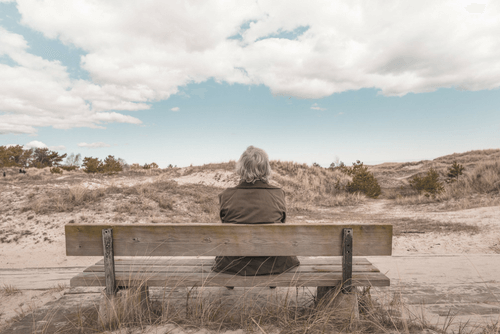 Adrian J. Boekraad and Henry Tristram have published an edition of this unfinished work entitled Proof of Theism.  Since Newman presents his points quite systematically, I will here present only the main movements of the argument with a brief interpretation of his texts. His general argument proceeds as follows.  He begins with an overview of his main contention:

Man has within his breast a certain commanding dictate, not a mere sentiment, not a mere opinion, or impression, or view of things, but a law, an authoritative voice, bidding him do certain things and avoid others.

I do not say that its particular injunctions are always clear, or that they are always consistent with each other; but what I am insisting on here is this, that it commands, that it praises, it blames, it promises, it threatens, it implies a future, and it witnesses the unseen. It is more than a man’s own self.

The man himself has no power over it, or only with extreme difficulty; he did not make it, he cannot destroy it.

For Newman, conscience “commands” (just as for Kant, the categorical imperative imposes duty). He is not so much concerned with whether the specific dictates of the command are always consistent from person to person or from culture to culture, but is impressed by the seeming universality of what is ingredient to conscience’s dictates, namely, “command, praise, blame, promise, a future, and the unseen.” 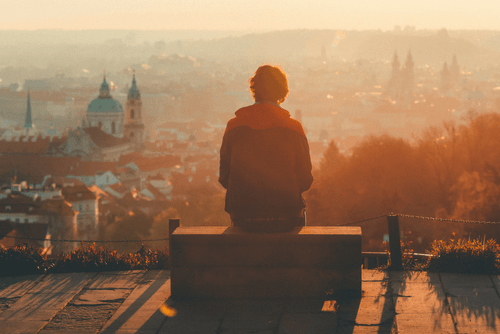 These characteristics intrinsic to conscience’s dictates imply something more than a mere standard or authority. They seem to have an origin outside the self; an origin which is not a matter of human learning (controlled by an inquiring subject), but rather one which is uncontrolled by the self. The more we recognize, listen to, and obey this uncontrollable authority, the clearer it and its dictates become:

Conscience implies a relation between the soul and something exterior, and moreover, superior to itself; a relation to an excellence which it does not possess, and to a tribunal over which it has no power.

And since the more closely this inward monitor is respected and followed, the clearer, the more exalted, and the more varied its dictates become, and the standard of excellence is ever outstripping, while it guides, our obedience.

A moral conviction is thus at length obtained of the unapproachable nature as well as the supreme authority of that, whatever it is, which is the object of the mind’s contemplation.

This is Conscience, and, from the nature of the case, its very existence carries on our minds to a Being exterior to ourselves; or else, whence did it come? And to a being superior to ourselves; else whence its strange, troublesome peremptoriness?…

Its very existence throws us out of ourselves and beyond ourselves, to go and seek for Him in the height and depth, whose voice it is.

If we respond to this invitation; if we follow the call of the “voice,” then its personal presence will become apparent. In an 1855 novel entitled Callista, Newman uses the voice of his protagonist to make this point:

[God] says to me, Do this, don’t do that. You may tell me that this dictate is a mere law of my nature, as is to joy or to grieve. I cannot understand this. No, it is the echo of a person speaking to me. Nothing shall persuade me that it does not ultimately proceed from a person external to us.

It carries with it its proof of its divine origin. My nature feels towards it as towards a person. When I obey it, I feel a satisfaction; when I disobey a soreness, — just like that which I feel in pleasing or offending some revered friend…The echo implies a voice; a voice a speaker. That speaker I love and I fear. 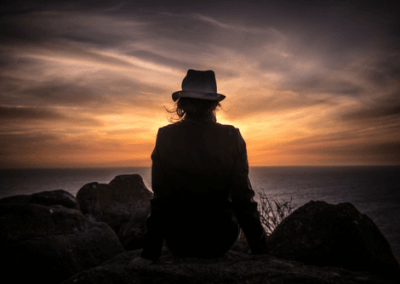 If conscience were only intrapersonal (private), it would resemble aesthetic experience, but it is so much more:

Now I can best explain what I mean by this peculiarity of feeling [intrinsic to conscience], by contrasting it with the rules of taste. As we have a notion of wrong and right, so we have of beautiful and ugly; but the latter set of notions is attended by no sanction.

No hope or fear, no misgiving of the future, no feeling of being hurt, no tender sorrow, no sunny self-satisfaction, no lightness of heart attends on the acting with beauty or deformity.

It is these feelings, which carry the mind out of itself and beyond itself, which imply a tribunal in future, and reward and punishment which are so special.

He then focuses on these special feelings to distill the interpersonal nature of them, revealing that these feelings could not be experienced were it not through a relationship with another person – a person like a father:

[T]he feeling is one analogous or similar to that which we feel in human matters towards a person whom we have offended; there is a tenderness almost tearful on going wrong, and a grateful cheerfulness when we go right which is just what we feel in pleasing or displeasing a father or revered superior.

So that contemplating and revolving on this feeling the mind will reasonably conclude that it is an unseen father who is the object of the feeling. And this father has necessarily some of those special attributes which belong to the notion of God.

He is invisible – He is the searcher of hearts – He is omniscient as far as man is concerned – He is (to our notions) omnipotent….

An Initial Conclusion about “the Soul” (IV. God’s Presence to Our Consciousness)

In previous posts, we investigated our consciousness of God.  In this post, we now we bring our third topic of “God’s Presence ...
Start Reading
Magis Center March 26, 2021 8 min read

Plato believed that the highest reality was the good itself, that the good itself was present to human beings, and that we ...
Start Reading
Dr. Robert Kurland, Ph.D. November 2, 2022 6 min read

Before discussing the “just right” physics of the anthropic coincidences, let me emphasize again that citing these anthropic ...
Start Reading