The Discipline of Lent: Peter Tse on Freedom and Mastery

Dr. Peter Tse, a cognitive neuroscientist at Dartmouth College, is an expert on the subject of freedom. His book, The Neural Basis of Free Will: Criterial Causation, is divided not only into chapters but into numbered paragraphs within the chapters—presumably to make referencing as easy and specific as possible. Given its 473 pages and the complexity of the topic, this is indeed very good.

Peter Tse on ‘Freedom within Constraints’ vs ‘Freedom from Constraint’

Although he is a cognitive neuroscientist, the need to make distinctions—even in philosophical terms—is not lost on Tse. In an online course, “Libertarian Free Will: Neuroscientific and Philosophical Evidence,” he makes multiple distinctions, but one of the more thought-provoking ones is about “freedom within constraints” vs “freedom from constraint.” It centers on a story from his childhood. His father was from China and his mother was from Germany. For Tse, this story captures these two views of freedom, he says probably based on cultural attitudes. 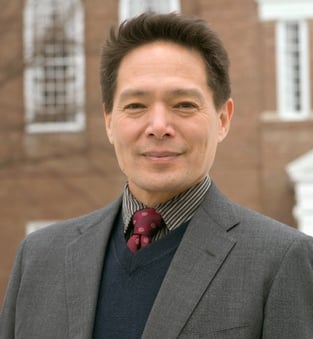 One day his father came home and announced “Peter is going to learn the violin.” His mother responded by looking at their 5-year-old son and asking, “Peter, do you want to learn the violin?” Delighted to have an ally against what he viewed as torture, he responded, “No way, I hate the violin and you can’t make me!” Startled and somewhat angry, the father asked, “Why did you ask him that? Do you ask him if he wants to brush his teeth?” She responded, “Well, isn’t it his choice? Doesn’t he have free will?” Dr. Tse goes on to explain why he views this as a tragic story: This story is tragic because I won, and never learned the violin.

My mother emphasized self-determination and freedom from constraint, whereas my father emphasized the imposition of his will for my own good, in order to foster eventual freedom within constraint, namely, mastery of the violin. (emphasis added)

Applying Dr. Peter Tse’s “Freedom From” and “Freedom For” to the Discipline of Lent


This view of freedom can go a long way to change our attitude toward constraints of any kind, especially those we find annoying or distasteful. “Constraints” that we might be considering for Lent.

Like getting up as soon as your alarm goes off. Like controlling your temper, your complaining, or withholding that unkind word or judgment about someone you dislike. Like cheerfully responding to the needs of others before tending to your own (a seemingly perpetual state of affairs when you are a parent!), or being patient with an annoying habit of your spouse. Like finishing the chore you promised to do before going to bed when you are exhausted. Like limiting yourself to one cup of coffee, having alcohol only on the weekends, or giving up sweets.

Some of us less ascetic types find these kinds of “constraints” hard to embrace.

But if we return to the story of Dr. Tse’s childhood, the lesson is clear.

Sometimes we have to give up our “freedom from constraint” because it's the only way to self-mastery.

If we master ourselves, we are free “for” whatever is the need of the moment. We can be ready to respond lovingly and thoughtfully to those who are in front of us and to those more distant neighbors (perhaps through our almsgiving) as God would have us do.

As we begin our Lenten journey, let’s remember what the disciplines and restrictions are for.

May your Lenten disciplines lead you to the ultimate freedom of the children of God.

If you want to learn more about Dr. Tse’s understanding of free will, the following interviews might be of interest:

Everything Hinges on the Tomb Door: If the Resurrection did actually happen, that event must be viewed as the most important event in human history. There’s really no middle ground here.

5 Saint John Paul II Quotes That Will Inspire You This Lent: Read these are five quotes from the Lenten messages of St. John Paul that can help encourage and strengthen your personal Lenten journey.

Introducing The Transcendence After America Project ©

Greed is the excessive desire for material possessions and wealth. Although greed does not cause physical addiction, it does ...
Start Reading
Magis Center August 24, 2021 1 min read