“The whole matter of the world must have been present at the beginning, but the story it has to tell may be written step by step.” —Fr. Georges Lemaitre, Nature, 1931

The story of humanity’s quest to understand nature is a startling tale spanning the centuries. From the basic insights of natural philosophy to computational models of neural networks, the human mind has been hard at work.

Scientists’ efforts to uncover these steps and the belief in God that gave them confidence to pursue scientific truth are part of this intriguing tale of discovery—the mapping of reality.

In this article, we will highlight just a few of the many scientists whose belief in God helped them understand nature. For more, be sure to check out all of blogs tagged "Faithful Scientists" plus download our free timeline, "13 Influential Catholic Scientists" below:

The Quest Begins: the Greeks and Natural Philosophy

The history of “science” begins with the Greeks. In his recent book, Science, Faith, and Scientists, Dr. Thomas Fowler points to a major shift in the human experience of the world: from a “mythical” experience to a “theoretical” one. Rather than experiencing the world as a set of mysterious powers acting on them, the pre-Socratic philosophers recognized their ability to observe the natural objects around them and note their various characteristics, movements, and actions. These causal relationships among plants, animals, and their environments, as well as the movements of celestial bodies, provided the content of “natural philosophy.”

From Myth to Rational Observation

Contrary to the popular narrative that science freed man from the superstition of religion, the reality is that religion first freed humanity from superstition. In an essay on the story of science, Dr. Steven Barr observes that the creation story in Genesis revealed a world created by God, that it was “good,” and it was not meant to be worshipped or feared. This new understanding of nature was liberating. Nature was no longer chaotic—order and goodness were its hallmarks.

In fact, Br. Guy Consolmogno, head of the Vatican Observatory, asserts that three assumptions form the foundation of all scientific work. The first is that the universe is intelligible: there is “some kind of logic and order and regularity to it.” The obvious corollary is that it is understandable to us. And the last may seem too obvious to mention: the certain belief that understanding nature is worthwhile. Scientists who believe in God have always taken these assumptions for granted.

From Observation to Mathematical Relationships

The detailed observations of Aristotle and other Greek philosophers formed the basis of natural philosophy for centuries, but certain assumptions dominated the investigations. The limitations of these assumptions became more obvious as observations were documented and studied.

The assumption that the circle symbolized perfect motion is an example of entrenched thinking that impeded the understanding of planetary motion. The struggle to break free from Aristotelian thinking—to think “outside the circle”—is at the heart of the contentious debate between a heliocentric versus a geocentric view of the universe.

Interestingly, among scientists, the theological implications were not as significant as the differing interpretations of highly detailed observational data. (For an in depth presentation of the astronomical data used by Battista Riccioli in his debate with Galileo, read this article by Vatican Observatory adjunct scholar, Christopher M. Graney.)

It is worth noting that in 1514, long before Galileo, Copernicus suggested a heliocentric theory as an alternative explanation of observable planetary motion—at first in an unpublished document. By 1536, because his ideas were known and discussed by colleagues at various universities, he was asked by the Vatican to publish his ideas. 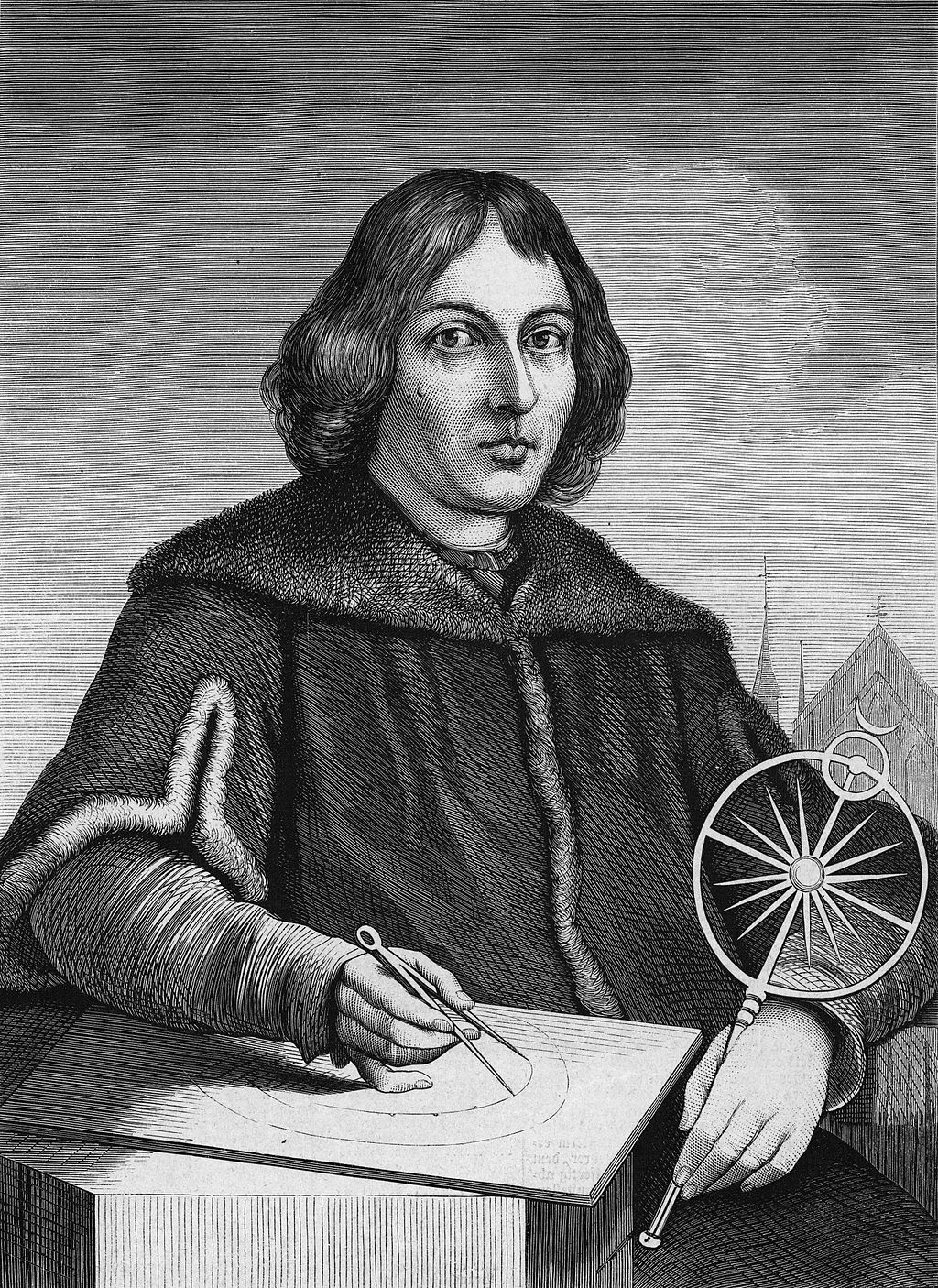 Belief in God did not deter Copernicus from exploring the data that led him to a new understanding of the universe.

The Impact of Pre-Enlightenment Scientists’ Belief in God

Some say science as we know it began in the Enlightenment—and may even name Galileo or Isaac Newton as the father of the scientific method—but that view ignores the 13th century foundations laid down by St. Albert the Great and the monk, Roger Bacon. 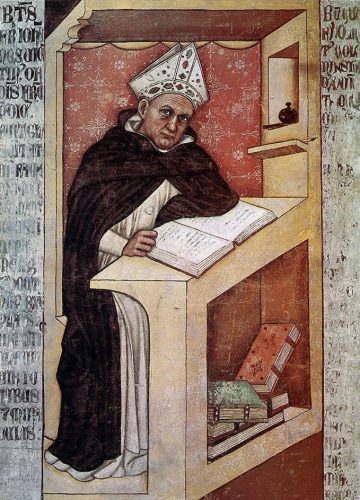 Fowler notes these contributions by stating that, with the rise of medieval universities, scholars quickly recognized the need for both experiment and observation to adequately describe nature. St. Albert the Great was noted for his encyclopedic summary of Aristotelian texts and the Arab commentaries. He was also an astute observer of nature, writing major works on minerals, plants, and animals.

“It seems to have been of considerable importance to Albert to do two things in developing his scientific investigations. First, to review and organize the authorities in each of the branches of science and second to test by his own experience the claims made by these authorities.” —Stanford Encyclopedia of Philosophy on Albert the Great

Likewise, his contemporary, the monk Roger Bacon, began to insist on experimental verification. In his work, Bacon initially focused on grammar and logic, but this shifted after his reading of Avicenna and his study of optics. According to the Stanford Encyclopedia of Philosophy, Bacon’s view of science can be summarized as follows:

For Bacon, scientific knowledge—scientia experimentalis in the above sense—“proceeds by demonstration,” and it is this experimental verification (certificatio) which allows one to draw conclusions at this level. 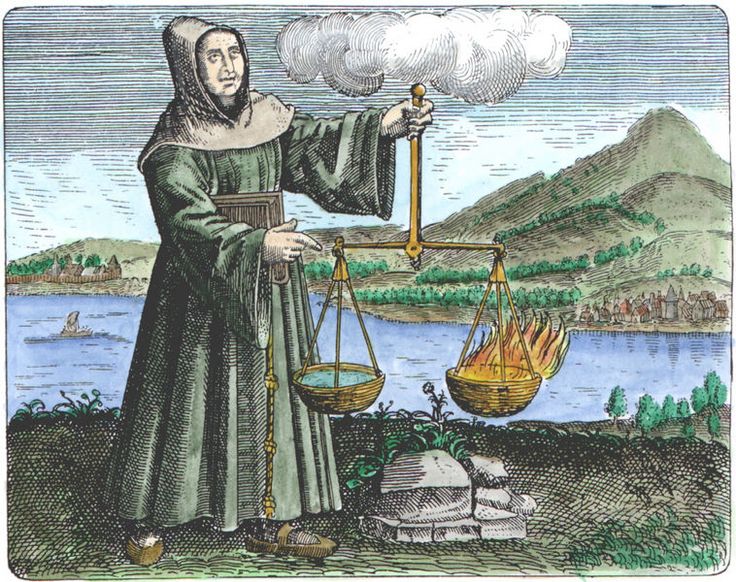 St. Albert the Great and Roger Bacon, then, can be firmly included in the ranks of the great historical scientists—and if so, certainly among scientists who believe in God.

In spite of this way of practicing science by St. Albert and Roger Bacon, in some histories of the scientific method, Sir Francis Bacon (1561-1626)—not to be confused with 13th c. Roger Bacon—is given credit for introducing verification as essential to science:

Ada Palmer, cultural and intellectual historian of the Renaissance, discusses the genesis of the scientific method within a cultural and religious framework. In an article, she sums up the religious belief behind Francis Bacon’s call to develop science along experimental lines—which might shock the 21st century reader who assumes that belief in God is a barrier to doing science:

“We know science will work—Bacon replied—because of God. There are a hundred thousand things in this world which cause us pain and suffering, but God is Good. He gave the cheetah speed, the lion claws. He would not have sent humanity out into this wilderness without some way to meet our needs. He would not have given us the desire for a better world without the means to make it so.  He gave us Reason. So, from His Goodness, we know that Reason must be able to achieve all He has us desire. God gave us science, and it is an act of Christian charity, an infinite charity toward all posterity, to use it.” —Ada Palmer, “On Progress and Historical Change”

Isaac Newton (1643-1727)—another candidate often given credit for founding the new “scientific method” and a devout Christian—created calculus and developed the theory of gravity. Dr. Fowler notes that, at this time, the focus shifted from making detailed observations to investigating “functional relationships among measurable phenomena, such as force, mass, and acceleration usually expressed in mathematical form.” Mathematicians after Newton stayed busy developing new tools to express these functional relationships.

These shifts provided solid ground for mapping the natural world.

Scientists who Believe in God in the Era of Modern Science

“In science, it is when we take some interest in the great discoverers and their lives that it becomes endurable, and only when we begin to trace the development of ideas that it becomes fascinating.” —James Clerk Maxwell

The last three centuries are populated by many scientists whose belief in God contributed to their ability to interpret new data—in a way that altered our understanding of nature sometimes radically! Read about some of them using the links below.

In our own century, there are many scientists—unashamed to profess belief in God—who provide fresh insights on multiple frontiers. You can learn more about them by following the links below.

In addition, the Society of Catholic Scientists was founded to provide a forum and a resource for questions and answers relating faith and cutting edge science.

“How could the Church have failed to take an interest in the most noble of the strictly human occupations: the search for truth?” —Fr. Georges Lemaître

In the current age, the enormous success of the experimental sciences is staggering. The tales of discovery—and of mistakes!—and the development of new technologies are unfolding around us daily. The quest to grasp the truth about nature, however, is never complete.

After the fall of Adam and Eve, man had to toil for his food “by the sweat of his brow.” So too must we continuously labor to understand the world we inhabit.

But we can have confidence that our efforts will bear fruit.

Fr. Angelo Secchi: Priest and the Father of Astrophysics

Charles Darwin and Gregor Mendel were contemporaries, but did they know of each other’s work? There is clear evidence that ...
Start Reading
Maggie Ciskanik, M.S. October 30, 2018 2 min read

Catholic scientist Georges Lemaître is finally credited for work he shared at an IAU meeting in 1928 with famous astronomer ...
Start Reading