5 Reasons Why Jesus’s Miracles Were Unique for Their Time

Accounts of Jesus’ miracles are presented differently than miracles in Hellenistic or Old Testament writings. Jesus’ miracles are not only portrayed as direct manifestations of His divine power, but perhaps even more strikingly, as the initiation of the Kingdom of God and the vanquishing of Satan.

Jesus’ Miracles Are by His Own Authority 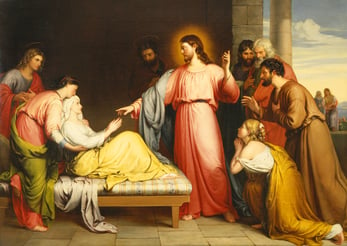 The Old Testament prophets did not do anything like this but believed themselves to be only mediators of God’s power, and so they had to petition God to help them and work through them.

Indeed, the greatest prophetic miracle workers of the Old Testament—Elijah and Elisha—would not have dared to make the claim that the power of God resided in them. 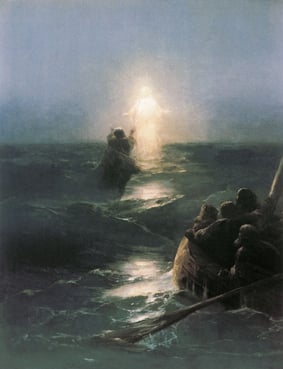 Jesus’ miracles actualized the kingdom of God. They did so by vanquishing the power of Satan in the world.

This interpretation is not only integral to virtually every miracle story in the Gospels but also explicitly mentioned in the primitive Church’s kerygmas.

As Brown notes, “Jesus is accomplishing something no one has ever done before since Adam’s sin yielded to Satan’s dominion over this world.” 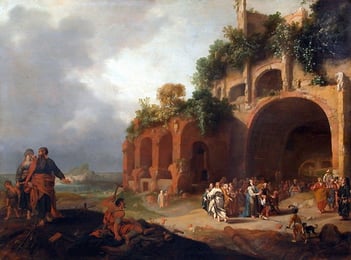 Though it is popularly believed that there were a large number of miracle workers at the time of Jesus, there is little evidence for this.

Furthermore, among the accounts of miracle workers, none resemble Jesus in either style or purpose.

The Gospel writers not only avoid the portrayal of Jesus as a worker of “astonishing deeds,” Jesus Himself is portrayed as shunning such a purpose. Indeed, when Herod, the Pharisees, and the devil asked Jesus to work a miracle for no other purpose than to show off His power, He refuses to do so. The uniqueness of Jesus Christ in this matter is striking.

Moreover, the term magic is never used to describe Jesus’ activity by His disciples, the Jewish authorities, the early Church, Jesus’ fiercest critics, or Jesus Himself.

Furthermore, if Jesus were to have been accused of magic, it would have carried a very pejorative connotation within the Jewish culture of His time, and even after His death. However, the New Testament accounts militate against this interpretation by continuously noting that Jesus’ miracles are greeted with amazement and praise by His Jewish audience (while magic would have been viewed quite negatively). 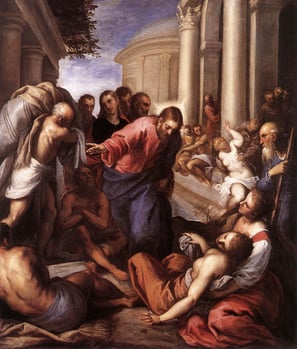 Unlike both the pagan and Jewish miracle workers of the time, Jesus integrated teaching into his miraculous deeds.

His miracle accounts in the gospels included lessons about faith, the forgiveness of sins, seeing through the eyes of faith, giving thanks, the kingdom of God, salvation for the Gentiles, and even the Holy Eucharist.

Or looked at from the other direction, Jesus is a rabbinical teacher who amplifies His teaching with deeds of power and wonder.

Jesus Healing the Servant of a Centurion by Paolo Veronese, Public domain / via Wikimedia Commons

Unlike pagan and Jewish miracle-workers of the time, Jesus used miracles to call forth faith.

The oft-repeated lines, “Go now, your faith has saved you,” or “Do you believe that I can do this?” move the recipient of the miracle beyond physical healing to faith and ultimately toward salvation.

Notice that this call to faith involves the highest use of the recipient’s freedom.

Jesus wants the recipients in their freedom to enter into a life of salvation through the vehicle of His deed of power. The miracle workers of Jesus’ time do not have this intention.

The Uniqueness of Jesus's Miracles 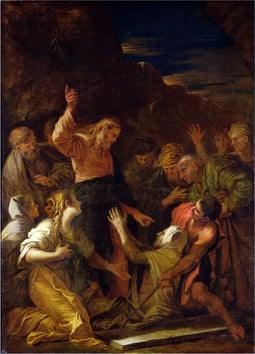 These five unique aspects of Jesus’ miracles reveal that the Gospel writers are not “competing” with other miracle workers, or even trying to “show off” the astonishing power of Jesus.

Rather, they were trying to convey Jesus’ intentions, to initiate the Kingdom of God and vanquish Satan in the world, in a remarkably restrained and humble way.  In other words, they provide compelling evidence for the uniqueness of Jesus Christ.

The 6 Criteria Historians Use for Proof of Jesus' Miracles: Did Jesus really perform miracles? Historians use 6 main criteria to determine if an event really happened, and these can provide proof of Jesus' miracles.

Was the story of Jesus actually lifted from the Egyptian Horus myth?: Father Spitzer shows that the gospel accounts of Jesus' life are definitely not a retelling of the Egyptian myth of Horus, the god of the sun.

Formerly a marketing and product executive for early stage technology companies, Joseph G. Miller made the transition to full time Catholic evangelization in 2007. Prior to joining Magis he served as a vice president and board member for the Fellowship of Catholic University Students (FOCUS). With Magis, Joe leads the organization’s digital outreach. He also serves on the Magis Center’s Board of Directors, He holds a Master of Arts in Philosophy from Holy Apostles College and Seminary in Cromwell, CT and a Master of Arts in Theology from Notre Dame Graduate School in Alexandria, VA.

The 6 Criteria Historians Use for Proof of Jesus' Miracles

Did Jesus perform miracles?  In order to for us to claim that he did, the accounts of miracle-working will have to pass basic ...
Start Reading
Fr. Robert Spitzer, S.J., Ph.D. September 28, 2017 < 1 min read

Three historical events convinced the early Church that Jesus was not only the Messiah, but also who He said He was—the ...
Start Reading
Magis Center November 11, 2019 3 min read

Fr. Spitzer on Why Some Miracles are Denied

How could God allow that tragedy? Why didn’t He save her? I’ve been praying, why haven’t I been healed?
Start Reading